Lobster Rolls have a very special place reserved in my stomach. There isn’t much on this earth that can compare to a good New England Lobster Roll. Nothing worse than getting a bad one though so I’ve done the research. Done the taste tests. And here is the blog you’ve all been waiting for. MVfoodGUY’s ranking of the islands best (and worst) Lobster rolls. How I like my lobster roll is pretty basic. Doesn’t need lettuce, doesn’t need spices, doesn’t need celery. In other words, no fillers. And I want to be able to make out one or two claws. If I can make out a tail, even better.

99. Lucky Hanks. I would be remiss if I didn’t mention the only lobster roll in my life I didn’t finish. This thing was loaded with a fancy spice called taragon. Now I know there is some wanna-be chef out there reading this that is going to say that’s what they teach in France or some crap. Well this isn’t France, this is New England and it’s Martha’s Vineyard. I want a lobster roll with lobster and a little mayo. Don’t even care if there is lettuce or celery or any of that other junk in there. I want to see at least one claw with my own eyes. I want to see chunks. I want to be able to taste how good it will be by just looking at it. For some reason Lucky Hanks fancied this up so much it almost made me cry not to eat the whole thing. Maybe I’m not fancy enough, maybe I’m not a refined enough eater. I hated it.

98. Larsens Fish Market in Menemsha. Menemsha is a great place. Great place to go and walk around and watch the sunset. Grab some food and wine and sit on the beach and relax. I would opt out of the lobster roll up here. I’ve had them from Larsens and they were very disappointing especially considering you are in a fishing village. First of all they pre-package them. I want a freshly made Lobster Roll. Is that too much to ask from a damn fishing village! This is one of the places that Jaws was filmed and you are giving me a lobster roll that some clown made 8 hours ago. C’mon man. In addition to being pre-packed the amount of meat in them isn’t enough to feed your cat at home. Very disappointing. Like many places on the Vineyard they have a captive audience and can sell crap and tourists will purchase it. If you go to Menemsha I would recommend the fried food at the Bite. Unhealthy but great fried clams. I am hearing some chatter about the lobster rolls from the Galley are good but have yet to try them.

5. Net Result – Net Result in Vineyard Haven is my go to place for seafood that I’m going to bring home and cook. They always have great salmon and everything is fresh. Unfortunately they also serve a pre-packaged lobster roll. BUT you can get one made to order. It will cost you a few bucks more but will be the best couple bucks you ever spent. You can sit outside on the picnic tables and eat it on a nice day. It’s good. Not winning any mvfoodguy awards, but you probably won’t be disappointed. Just remember to get the made to order one.

3. Offshore Ale Lobster Roll – On Kennebeck Ave in Oak Bluffs is the Offshore Ale Brewhouse. Known for making their own beer and being able to throw peanuts on the floor the Offshore has a good lobster roll. My only complaint about this one is the bread is a little thick. The Offshore and Lookout Tavern are basically in a dead heat for second for amount of lobster. Both do a great job but a long hot dog roll is enough bread for me when eating this godess from the sea. The amount of Lobster vs. the price however is very good. I can usually make out a claw or two. I would highly recommend the Offshore Ale Lobster Roll. You won’t be disappointed especially if you don’t mind thick bread.

2. Lookout Tavern – Now they have two lobster rolls at the lookout. They have one sauteed in butter and a normal one with a toasted bun and succulent chilled lobster. I highly recommend getting the normal one. The sauteed one sounds good, but I’d rather have it plain. It’s in an elongated hot dog roll and heaping with lobster meat. The bun is toasted and it comes with their house chips which are also very good. It’s a tough choice between this and sushi here because both are so tasty.

1. Grace Church Lobster Rolls – I know, I know no restaurant can compete with a charity. Every Friday starting in May though the end of the summer summer the Grace Church on Woodlawn Ave in Vineyard Haven serves up the best lobster roll I have found on Martha’s Vineyard. They are served from 4:30 – 7:30 and get there early because they have sold out. This place used to be one of the island’s best kept secrets. Well it’s no secret anymore. On the Friday of last years Memorial Day Weekend these volunteers served up over 700 lobster rolls in three hours. The numbers from this years aren’t in yet, but I went at 4:35 and the place was already jamming. They have these cute grandma’s sitting up front who hold the key to the fortress. They sit there with a little smile on their faces knowing everyone is happy going in there for their lobster rolls. You give them $17 bucks and you get a monster lobster roll, a bag of chips and a drink. I always get it to go and I always get the lobster in a separate package. I make it at home. It just feels like you are getting more that way. You probably aren’t but you know the feeling. Grab your lobster, your roll, your drink and chips and hurry home. I promise you will be impressed. Throw a little butter in a sautee pan, toast that bun up and fill er up! You will find that it’s pretty much too much lobster for one roll. If you ordered two you could get three. Not my style, but technically you could do it. I like that little extra on the side for dessert. If you’ve never had a Grace Church Lobster Roll you don’t know what you’re missing.

The Picasso of Lobster Rolls 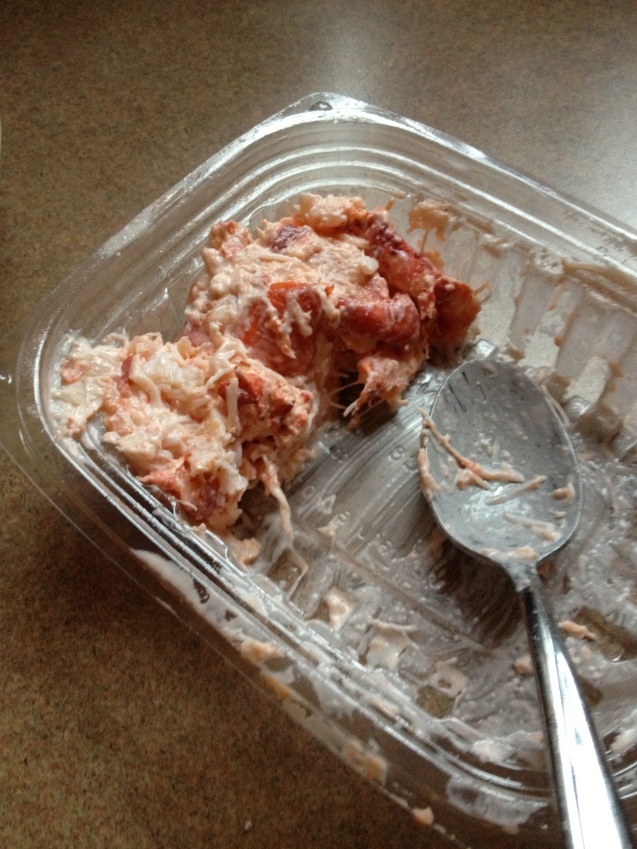