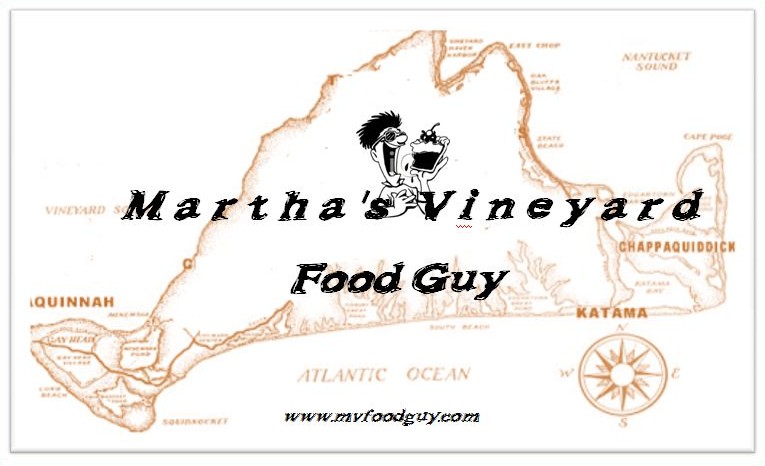 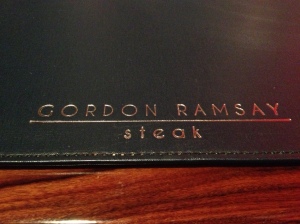 I will be the first to admit it.  I buy into this Gordon Ramsay  dude.  The guy currently  has three shows on primetime right now.  Hell’s Kitchen, Kitchen Nightmares, and Masterchef.  Hotel Hell is another one I fancy.   Three nights a week I watch him scream at wanna be chefs and restaurant owners.  It’s very entertaining.  You look at some of these coolers at the restaurants he visits and it makes you not want to go out to eat.  One guy had shrimp in a cooler for months.  It had pretty much turned into mold.  The guy tells Ramsay it was in there for a week.  Ramsay calls him out on it and calls him a French Pig.  “You filthy French Pig” he screams at him right in his face.  Love it !  Watching these shows,I had to see if he practices what he preaches and just how good his restaurants could be.  He has them in London, New York City, Las Vegas, Las Angeles, France, Italy, Ireland, Japan, and even Qutar.  Ramsay has been awarded a total of nine Michelin Stars which before my mvfoodguy days I would have thought he was driving around on some nice new tires.  To put the Michelin Star thing in perspective, there isn’t one restaurant in Boston that has a Michelin Star.

I know I have caught some flack from my fellow Islanders about doing restaurants not on the Island or inaccessible to the public.  Sorry, this one is in Vegas and is definitely worthy of a blog.  We went here on that last night in Vegas on a Sunday night.  Me and two of my boys.   We were lucky enough to get a reservation.  I heard that when they first opened, it was a three-month wait.  We walked up to the hostess on a Friday afternoon and were able to get the reservation for the Sunday Night Dinner.  Gordon Ramsay Steak is located in the Paris Hotel and Casino.  Christina who was the Hell’s Kitchen Season 10 winner is the head chef there.  Christina was busy but gladly took time out 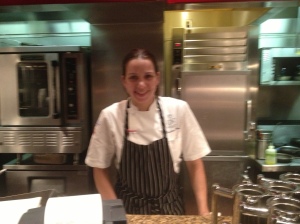 for a pic and was very friendly.

Our reservation was for 7:30 and we arrived pretty promptly around then.  Within a couple of minutes the hostesses were taking us into the restaurant.  They take you through this “Chunnel” thing, which they say transports you from Paris to England.  I guess there is a train that goes under the English Channel from England to Paris.  The hostess then points to a neon “art” display on the ceiling, which basically looked like squiggly lines to me.  She said it was an artists rendering of Gordon’s hands when he is cooking.  Ok.  If I have one complaint about the restaurant it’s that there doesn’t seem to be any type of dress code.  There were guys in the restaurant with baseball hats on and I think even someone with a tank top.  Going to this place is a treat for me and the boys and I was little disappointed to see such casual wear in a nice place like this.  We were led up a flight of stairs to the second level which had a nice view of the first level and the “Chunnel”.

We were immediately greeted by one of our servers who brought us some water and welcomed us to the restaurant.  Our main server came over and welcomed us.  He gave us an iPad which was the cocktail menu.  Kind of cool.  It had the drinks on it with a picture and then you click the picture and it showed you the ingredients of the drink.  I went with the Hell’s Kitchen Antioxidant.  It was delicious.  Sweet and succulent. The drink consisted of blueberries muddled together and the juice of one lemon. Then an ounce of agave and two ounces VeeV acai liquor. Double strained and garnished with fresh mint and blueberries.  Yum.  I sucked that down like it was lemonade.  Great drink and great touch with the iPad menu so far.   The waiter than came over with the main course menu and also brought a cart with all the different cuts of meat they have at the restaurant.  He was very helpful in explaining the different cuts and how to order the meat.   He was a great server with a sense of humor but walked that fine line of being great but not being overly annoying or patronizing. 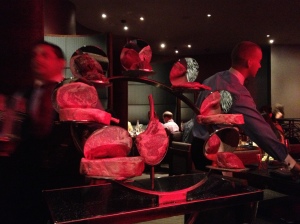 We looked over the cart and I ended up getting the Beef Wellington.  It’s a signature dish on the Hell’s Kitchen menu and if you watch the show you always hear Gordon yelling about the Beef Wellington.  My boys got a couple of steaks.  While waiting they brought us some incredible bread.  Three different kinds.  All incredible and very tasty.  I ordered the pork belly appetizer.  Kurobuta Pork Belly with cheesy grits, tomato jam and onion pork jus. It was just one of those things I had to try.  Was it great, no.  Was it good, yes. Would I order it again, no.  I never usually end up at a restaurant that has pork belly on the menu so I had to give it a shot.

Now for the main course.  The beef Wellington.  I have to admit again, I’ve never had a Beef Wellington so I was excited not knowing exactly how it would taste.   It was cooked a perfect medium rare.  All Beef Wellington’s in  Gordon Ramsay’s Steak are cooked medium rare.  It’s a fillet basically cooked a wrapped a pastry type dough.  It was very good.  A little rich tasting for my blood but I guess that’s how beef Wellington’s are supposed to be.  The meat was awesome.  I have to say though, my buddy’s prime rib stole the show.  Bone-in 24 ounce rib-eye cooked and seasoned to perfection.   This thing made some of the steaks served on the Vineyard look like Burger King food.  It was incredible and the tiny bite my buddy offered up was mouth-watering.  The other guy got a steak and his was pretty incredible as well.   We all split some sides as well.  We got the mac and cheese, fingerling potatoes, potato puree, and the sautéed mushrooms.  Out of these the mac and cheese and fingerling potatoes were absolute money.  The other sides were good but nothing to write home about.

I hardly ever  have room for dessert when I go out, but felt we had to give something a shot here.  Probably won’t be back for a long, long time.  We all split the peanut butter and jelly cheesecake.  Peanut butter cheesecake, white balsamic infused strawberry jam, caramelized bananas, vanilla cookie crumble, and banana ice cream.  Totally unbelievable.  Put it all together and you have an unbelievable dessert which hinted of the best peanut butter and jelly flavor anyone could ever make.  I don’t know who came up with this one but they deserve an mv food guy star for it, if not a Michelin star. 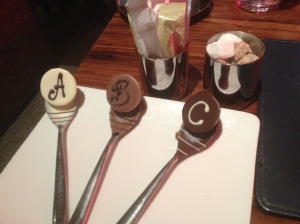 Even after the dessert I wanted to stay and enjoy the atmosphere a little longer so I ordered a cappuccino.  It came with something totally new to me.  Three spoons with chocolate on them.  One said A, one said B and one said C all written in Chocolate.  Really cool.  The A was for Amaretto, the B for Baileys and the for Chambourd.  The waiter explained you pick one and put it in your cappuccino.  The chocolate will melt and you will have a shot of liquor of your choosing in your cappuccino.  Wow, how cool.  I picked the Baileys and it was as delicious of a cappuccino as I’ve tasted.

All and all awesome meal, awesome service, awesome company.  Everyone totally enjoyed the experience and If you happen to be in Vegas, this is one spot that I totally recommend.  Place is clean as a whistle.  No double Gordon practices what he preaches. 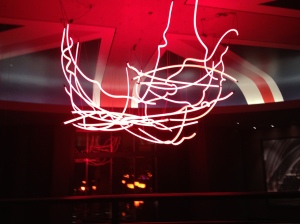 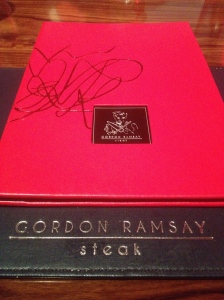 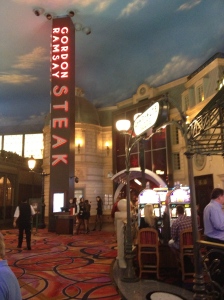 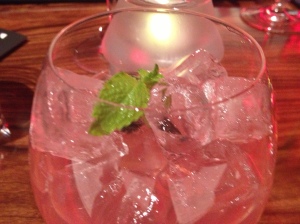 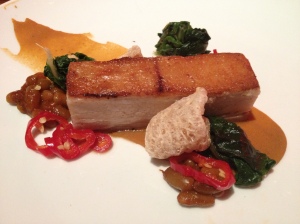 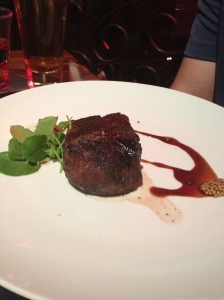 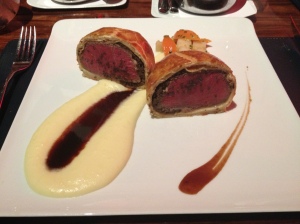 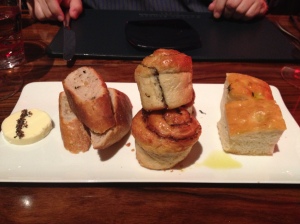 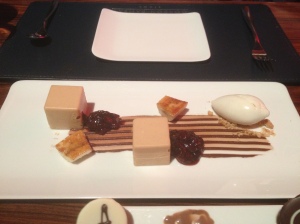 6 thoughts on “Gordon Ramsay Steak ~ Let’s see if Gordon Practices what he preaches…..”